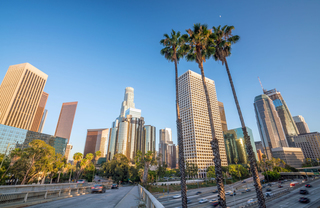 Los Angeles is about as iconic and American as a big city can get. It’s played home to some of the greatest moments in cinema history, and one look at the urban environ will make just about anyone stop and say, “hey, I think I recognize that spot!” Would you want to live here, though? Does the thought of setting up shop in a Northridge apt or Hollywood condo appeal to you? If so, you’re in good company, as there are plenty more out there itching to get to LA. If not, though, read on, and consider some of the reasons you might want to make Los Angeles your home base for 2018.

Believe It Or Not, People Love Los Angeles

To hear outlets like Thought Catalog tell it, t’s Okay To Hate Los Angeles, and everyone is in on the game:

“There are too many places on Earth to dwell in a city that causes misery. Go out and find a town, village, city or wilderness that matches your word and your energy. Live in a city for a few years, decide you hate it, and move. And remember it’s okay if you hate L.A. Most things don’t live up to the hype.”

Believe it or not, though, plenty of people would counter that sentiment, as there are myriad reasons to love not only passing through the city, but living here as well. Let’s run down some of the most convincing arguments, shall we?

It goes without saying that Southern California weather is some of the best in the country, and North LA is no exception. If you’re coming from a cold climate, this will be a major boon. Take a look at this climate summary from World Weather & Climate Information:

The best part is that it’s not humid (looking at you, Florida) so you’ll enjoy those wonderful temperatures without all the sticky air, and at night, it won’t still be sweltering so you have a chance to cool off instead of continuing to bake in what’s essentially an outdoor oven.

The Beach Goes Hand In Hand

Now, the beach might not be smack dab next to North LA, but it’s still close enough to enjoy. There are near 75 miles of coastline in LA County, encompassing areas like Venice Beach, Manhattan Beach, and the like. They’re sunny, they’re sandy, and they’ve got plenty for you to do and see -- if you’re into that sort of thing.

Time Out has got a list of their best beach picks for the area, as does Discover Los Angeles. The latter, thankfully, breaks a few of the options down by what activities they are best known for, from surf spots to standing around doing some people watching. As they so succinctly put it: “Los Angeles is the best city to experience the quintessential endless summer in Southern California.”

It’s A Land Of Good Eating

Anyone who tells you Los Angeles isn’t a food-oriented town might have a screw or two loose. We Like L.A. has got 15 places in North Hollywood alone covering a whole array of options: waffles, Mediterranean, vegan Thai food -- you name it, there’s a chance you can find it among the offerings of Los Angeles. It’s even more varied than New York City here, and much less expensive to boot. Sure, you can find your high-end options as well, but if you’re just looking for a good meal at a price that won’t break the bank, you need look no further than LA.

There’s A Surplus Of Art & Culture

If there’s one thing Los Angeles knocks out the park like no other city in the nation, it’s the array of stunning architecture, amazing museums, and legendary cultural offerings. The Los Angeles County Museum Of Art is an instant choice that comes to mind, but the list goes on and on. You’ll find great choices among Haute Living’s top five, as well as a good many on Time Out’s list of the 15 Essential Museums To Visit In Los Angeles which also includes science and history museums.

Beyond arts and culture, though, Los Angeles is like a Mecca for those that love music and comedy. There are always big acts coming through the city, as LA Weekly will regularly inform residents. On the comedy front, Los Angeles is home to both the famous Comedy Store and the iconic Laugh Factory, among many other amazing comedy clubs that bring in national headliners and rising local stars.

There’s No Shortage Of Diversity

Los Angeles attracts people from near and far, from all over the United States and even abroad. It’s a locus for a fusion of culture, ideas, and ways of life, and if you’re a fan of experiencing that confluence of populations, this is the place for you. It’s represented in the art, the music, the food, and all across the wonders of Los Angeles -- as evidenced by the fact that Los Angeles is among the top fifteen most diverse cities in the entire country.

North LA Is On The Upswing

In the past, North LA may have had something of a seedy reputation, but that reputation shall remain in the past, as it’s now an area experiencing a much-needed rebirth. This is the time to see that renaissance for yourself, to enjoy the new communities, new businesses, and new life that have taken root and grown into something extraordinary.

Northridge Apts Are Right In The Middle Of The Action

Now that you’re well aware of why moving to North LA is the move you should be making for 2018, you’ll need to know where to get in on the action. Places like Alder are in the middle of it all, ready to provide new residents like yourself with all they’ll need for premier Los Angeles living: spacious floorplans, modern amenities, it’s all at your fingertips when you choose North LA’s most preeminent rental community.