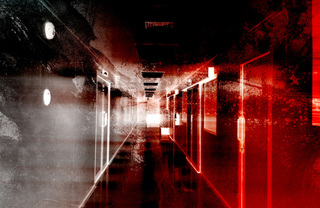 Halloween is almost upon us, and if you’re situated in the Canoga Park apartments and looking for some spooky attractions to get into, you might be at something of a loss. What, you may ask, is going to be happening nearby (and will also be terrifying enough) to warrant your attention during that final week of October?

The answer is “plenty,” if you know where to look around the city. Today, we’re going to be honing in on a few frightening features around the Los Angeles area that are certain to give you an equal measure of delight and scares. Read on, as we explore some of the spookiest attractions in Northridge.

On Parthenia Street right in Northridge, there’s an attraction that you might already be familiar with — the Amazing Escape Room. The concept, though, if you weren’t already aware, is a simple one:

“Groups of up to 10-12 will work together to solve problems, uncover clues, and crack codes in order to progress as a team. You and your team have 60 minutes to escape the room. Each room has a storyline that you’ll be introduced to upon entering, along with basic instructions on what you’ll need to uncover to escape.”

The “storylines” are often gripping, and one of the largest factors in what makes Amazing Escape Room such a riveting experience. This Halloween, there are five different rooms available at the Northridge location, but perhaps the spookiest is Escape the X Corporation:

“You have woken up in a bizarre room with a group of strangers. None of you have any idea what is happening or how you became trapped in the strange room, but the door is locked, a timer is counting down from one hour and signs tell you to continue the test.”

Sounds like more than enough to keep you excited on Halloween already, but we’re just getting started with our list of frightening experiences. Next up is what many consider to be a longtime Southern California Tradition

Now in its 10th year, the Los Angeles Haunted Hayride has solidified itself as a staple among the city’s Halloween festivities. Just head over to the Old Zoo at Griffith Park, and you’ll be able to take part in any of four different Halloween events — Purgatory, The Haunted Hayride, House Of Shadows, and Trick or Treat:

The first of these events, Purgatory, is a combination of amusement rides set against a “Gates of Hell” kind of backdrop, complete with interactive shows for you to really get into the Halloween spirit.
The Haunted Hayride is a fairly self-descriptive event. You’ll ride around the grounds on a hay wagon, while the horrors of the “haunted woods” present themselves in an attempt to give you a scare. There will be creepy clowns and much more to thrill and chill, so make sure your resolve is ironclad before you hop on this wagon ride.

The House of Shadows is another appropriately titled attraction here. You’ll be entering a spooky haunted house, and will have to make it out of the dark and terrifying space without succumbing to the horrors of the night.

Lastly, Trick or Treat will be much like any romp throughout any neighborhood in the country. The only twist is that the scares here are ramped up about as high as they can go, and every door you knock on could hold a surprise like none you’ve ever seen before. Every piece of candy you get here will be well-earned!

Regardless of which of these Halloween events you tackle at Griffith Park, the overall idea remains the same: facing down your fears among the realistic terror of Halloween-quality themed-sets. It’s a doozy, so make sure your kids are over the age of eight if you decide to bring them. You can check out the calendar and purchase tickets for this Halloween show directly from the event website.

Halloween Horror Nights over at Universal Studios has a reputation for bringing top-tier scares to the public every year. Should you dare to venture here, you’ll be facing down some of your worst nightmares — the hellscapes of many a Hollywood picture, brought to life for a few nights of fright. Seems like they’re pulling out all the stops this year:

“This year's event features 8 all-new terrifying mazes based on the most frightening films and television shows ever, including three twisted installments of American Horror Story presented in one demented experience and the scariest movie of all time — The Exorcist.”

If you’re a fan of classic horror, the legends of Universal’s old-school horror movies — the Wolf Man, Frankenstein’s Monster, Dracula, and the Phantom of the Opera — will be teaming up to terrify you as you traipse around the Universal Studios grounds. Adding to this spooky experience is an all-new soundtrack, crafted by none other than Slash of Guns N’ Roses fame.

If the slasher genre is more your speed, you might want to check out the Halloween 4 attraction, which will be bringing back Michael Myers once again to resume his campaign of horror. It should be a riveting time as you try to evade the crazed killer’s blade as he stalks you and your friends down.

And scary mazes won’t be the only thing on offer during the HHN. You can also take a ride on the Terror Tram, if you’re looking for a haunted experience in motion, or check out the new Jabbawockeez live show, if seeing a hip-hop dance crew is more your thing.

Enjoy the Scares Around the Canoga Park Apartments

You’ll have a lot of Halloween options this year, so be sure to make the most of it if you can. When all the fright-fests have run their course, you can return to one of the area’s most gorgeous and relaxing apartment communities — Alder. With a superb location combined with top-of-the-line resident amenities, there’s little reason to want for anything when you’re here. Check out what this stunning complex is all about, and make it your home in the beautiful, sun-drenched city of LA.