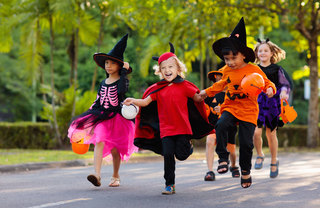 It's no secret that Los Angeles takes Halloween quite seriously, and it should come as no surprise that the city so closely associated with all manner of movie magic also has strong ties to a holiday that's partly about dressing up in elaborate costumes. Even within LA, though, there are a few pockets where you'll find the action is especially busy most seasons, so if you're looking to plan your Halloween fun from the Northridge luxury apartments this year, might we suggest taking a look at a few of these superlative options scattered about the city?

The neighborhood of Angelino Heights is well-known for its Victorian-style architecture and secluded, hilly haunts. Combine that with the dense foliage and the abundance of trees making their Autumn transformation, and you've got an ideal setting for some Halloween frights. You'll find the epicenter for the action here on streets like Carroll Avenue and Douglas Street, where you'll see some of the city's oldest houses, well-decorated and waiting for you to make your approach.

Beverly Hills is known far and wide for its unique history and neighborhood character. There's a rugged charm to these hills, but it's within the Beverly Hills Flats neighborhood that you'll find one of the most legendary Halloween attractions. On Walden Drive is where the now-mythical Witch's House rests. There's no mistaking this amazing property, as it looks like a old-world cottage pulled straight from a dark fairy tale, and the owner is well-known for handing out loads of unique candies to accompany your visit to the magnificently-decorated home.

DTLA might not be the first place to pop up on your radar when scoping out intense Halloween thrills, but the heart of the city is not a spot you should overlook in your quest for creative costume parties or trick-or-treating goodness. In fact, if you head on down to Grand Hope Park, you'll have a chance to check out both the Annual DTLA Halloween Festival and the Annual Halloween Party for Downtown LA Kids. Both will offer the Halloween excitement you've been craving, and provide all the entertainment you'll need to turn this into a hyped-up family affair if you so choose.

As you explore the neighborhood near Alder this All Hallows' Eve, you'll find there's plenty more fun to be had both in and around the community. The heart of Northridge, it seems, is a great place to have a bit of fun, and living at stunning residences like these will give you a front row seat to the action like no other you'll find. And if you're feeling adventurous enough to head out and explore other LA hotspots, you'll revel in the fact that Northridge's central and well-connected location grants you easy access to all the other portions of the city you might want to visit. Make the most of it, we say, and if you haven't already, learn more about what awaits you at Alder, then prepare to make your move to one of the LA's most fantastic hidden gems.