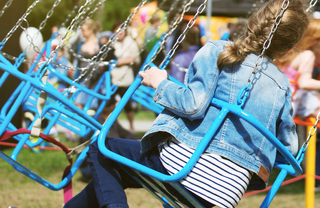 We’ll hazard a guess that even if you’ve lived in the Northridge, CA apartments for a while, amusement parks aren’t the first thing that come to mind when thinking about this quiet little LA neighborhood. When you picture Northridge, chances are you’re picturing the fabled “jewel of the San Fernando Valley,” complete with its great schools, deep history within the entertainment world, and notable points of interest like the Northridge Fashion Center. Amusement parks don’t quite factor into that picture, but maybe they should?

It turns out there are plenty such diversions all around, from water parks to all-inclusive family fun centers. If you’ve been passing these over, you might just be wondering, “what have I been missing out on?” Today, that’s exactly what we’re going to be looking into. We’ve rounded up the most prominent amusement parks in the area on one list so you can see precisely what’s out there the next time you want to have a little bit of day park excitement.

There Are Amusement Parks Near Northridge?

Even if you’re a Los Angeles native, uncovering all the secrets this city holds can take some time, so if the fact that there are some worthwhile amusement parks near Northridge surprises you, let’s just say we wouldn’t be shocked. That being said, though, let’s take a look at some of the most prominent options around the area.

Take a trip up I-5 North for about 20 miles, and you’ll hit Six Flags Magic Mountain. Now, the Six Flags name needs no introduction, but the specifics of this Valencia location might need a bit of explaining. Most amusement parks aren’t worth the admission without rides and entertainment, and Magic Mountain has both aplenty. When it comes to coasters and thrill rides, you’ve got a whopping twenty to choose from:

“At a record-breaking 170 feet in the air, CraZanity reaches speeds up to 75-miles-per-hour, as it swings back and forth—higher and higher giving riders a staggering view of the world below.”

If all that excitement prones too much for the younglings, you should know that there are plenty of family friendly and kid-oriented rides at the park too. The Road Runner Express, for instance, combines riveting twists and turns in a junior-sized package, capitalizing on the aesthetic of the popular Road Runner cartoon and providing a dose of fun that won’t exceed 21 MPH. There are also offerings like the timeless carousel, tea cups, and adventure tour bus if the idea of a coaster is still just a bit too much.

Don’t forget, the park is also home to live entertainment like Daffy Duck’s Dance Off and Justice League Hero Meet & Greets. No matter what gets you going, there’s something along those lines to be found at Six Flags.

Head up to Santa Clarita about 20 miles, and you’ll find the Mountasia Family Fun Center. As the name suggests, this is the place for all manner of family-focused attractions, and you’ll find plenty in the way of indoor games and entertainment for the kids. Miniature golf, go karts, bumper boats, rock walls, and more are present here, and you can even grab a quick bite to eat at the famed Boardwalk Grille. So, if you’re looking for something that’s a bit smaller but still packs in tons of fun, you might do well to take a look at this option.

Universal Studios’ reputation undoubtedly precedes it, and if you’re willing to take the 16-mile trip to Hollywood, you’ll find yourself among the majesty of this world-famous theme park. There’s no shortage of things to do, from taking a studio tour to hopping aboard the plethora of fun rides. Perhaps the most popular at the moment is the Wizarding World of Harry Potter:

“Explore the mysteries of Hogwarts™ castle, visit the shops of Hogsmeade™, and sample fare from some of the wizarding world’s best-known establishments.”

It’s the ultimate experience for lovers of this classic series, and it makes for a great day out of the house. Of course, there are plenty of other attractions to head to at Universal, so be sure to check out the full listing and plan your day at the park accordingly.

Last on the list might be a lesser-known option for some. Head south about 23 miles and you’ll reach Pacific Park at the Santa Monica Pier. The oceanfront park is packed with coasters, eateries, games, and more, all with the picture-perfect Pacific Ocean serving as a backdrop. Ride, play, and eat your way through the day, whether you come solo, as a couple, or with the whole family in tow.

Who Knew Excitement Like This Was Close to the Northridge CA Apartments?

The wonders this area holds never fail to impress, and when you count yourself as a resident of fine communities like Alder, the wonders go deeper than great amusement parks. Here, centrally located among the many offerings of the San Fernando Valley, you’ll find a world of amazement like none you’ve experienced before. Combined with the welcoming atmosphere, resort-style amenities, and superbly spacious living arrangements, you might swear you’ve found paradise on earth. Come see why Alder has distinguished itself as the apartment of choice for the Northridge area, and make it your choice for an inimitable LA experience.