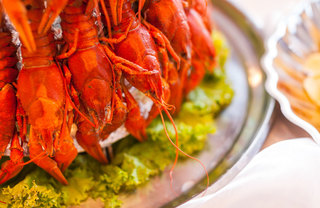 If you love seafood and you’re living around the Reseda apartments, this summer has a treat for you. On Sunday, August 11th, the Lobsterfest makes its return for an 11th year of delicious seafood done right, all the while helping to do some good for the residents of the community:

“The Lobsterfest at Newport Beach is a celebration of summer designed for fun, entertainment and most importantly to raise funds for deserving charities. Held at the Newport Beach Civic Green, the Lobsterfest is now in its eleventh year and has evolved into a regional event attracting local Orange County residents as well as guests from the Inland Empire, Northern California and Southern Nevada.”

If you love the bounty of the sea, there’s little doubt you’ll want to get in on this action, so today, we’re going to be taking a look at all those finer points you’ll want to know about the 11th Annual Lobsterfest before heading down to Newport Beach, along with a few interesting facts about Lobsterfest history that you may not have known about before.

Some Background on the Lobsterfest

Any event that can boast about celebrating its 11th year in existence is one that probably has a fair bit of history behind it, and the Lobsterfest is no exception. What started as a way to bring people together through a shared love of delicious seafood has evolved into a community-forward event that’s intent on phelping out around town:

“The Lobsterfest at Newport Beach began in 2009 as a fundraiser for the Costa Mesa and Newport Beach Sunrise Rotary Clubs. [During] its eighth year, the Lobsterfest has created its own foundation and maintains 501 (c) 3 status. Since 2009, proceeds from the event have supported the Newport Sunrise Rotary Club, Costa Mesa Rotary Club, Newport-Mesa Schools Foundation, Leadership Tomorrow, Make-A-Wish ® Orange County and Inland Empire, and New Directions for Women.”

Even during that first year, the Lobsterfest helped raise funds for the Newport Beach Sunrise Rotary club and the Newport-Mesa Schools Foundation. After the rights for the Lobsterfest Foundation were sold, the concept evolved, and, with a partnership with the Leadership for Tomorrow, was transformed into an event that helps raise scholarship funding for civic leadership programs and helping any community members who are interested start their path ain civic leadership roles.

This, of course, is in addition to helping to support Make-A-Wish and new Directions for Women. The fund raised by Lobsterfest have gone on to help eight children through Make-A-Wish, including “Ireland M who was suffering leukemia wanted to experience Hawaii, Luc O living with Lewis-Metabolic Disorder wanted to meet Winter the Dolphin in Florida, Anton I, a young boy living with lymphocytic leukemia, wanted to travel to New York City with his family, Olivia Z who was diagnosed with cystic fibrosis asked for assistance for her tuition to attend college to name a few.”

2019 will set a new milestone for the Lobsterfest, as they have now moved to the Newport Beach Civic Green, one of the community’s most notable event lawns. They’re already well known for their annual summer concert series (and you might also want to look into checking out a musical performance or two before the summer is over), and the site should serve as a lovely backdrop for this year’s Lobsterfest activities. Speaking of which...

Having Fun at Lobsterfest

The big draw at the Lobsterfest is, of course, the fine food. Specifically, the lobster should be at the forefront of your mind, and on this item, the festival spares no expense. They’ve flown out quality Maine Lobster for you to enjoy, which, if you aren’t yet familiar with, come from the species Homarus americanus, and are known for their sweet, succulent, and tender meat. This is a contrast to the lobsters you’ll find in California, which, for the most part, lack the legendary flavor of their Maine counterparts. There won’t just be lobster for you to chow down on, though, depending on which ticket you purchase for the event, your meal will also include some of the following:

So come hungry so you can leave happy. It’s a food festival, so you’ll want to go in with a hearty appetite so you can truly revel in all the offerings the Lobsterfest organizers have arranged for you and the crowds. And beyond the food? The festival will have plenty of live entertainment, so coupled with that tasty meal, you’ll also get a hearty helping of music to set the mood for this outdoor extravaganza. And don’t forget, this event is all about helping the community, so with your ticket purchase, keep in mind that proceeds will go to aid Leadership Tomorrow, Les Dames d'Escoffier Los Angeles/Orange County Chapter, and Make-A-Wish® Orange County and the Inland Empire.

The stage is set for another year of fun, but if you want to take a look back at all the glory of years past, be sure to check out the gallery so you can get a glimpse at what’s in store for you this year. Fingers crossed, this will be a lobster-lover’s event for the ages.

Head Back to the Reseda Apartments When You’re Done

After a fun-filled day like Lobsterfest, you’re sure to be in need of some rest and relaxation. You’ll find both at amazing LA communities like Alder, where luxury and comfort are second to none. It’s more akin to a resort than your run-of-the-mill apartment, and beyond the fantastic amenities, you’ll enjoy some of the most thoughtfully designed residences and expansive living spaces you’ll find in the city, all set in a community that excels at making you feel right at home. This is the LA experience, perfected. Come see what it’s all about, then drop us a line to learn more about how you can take that next step to making Alder, and the lovely northern LA neighborhood, your new home.